It's been a long time since I've managed to write something here.  There have been several false starts which usually result in a firm press of the "delete" key.  Nothing that was committed to the electronic paper seemed interesting to me, and since I'm writing it I probably should be at least mildly entertained.  Or else there's no hope for anyone else.  I was sitting back trying to figure out what I could pontificate about that wouldn't end up either pissing some one off or boring them to death.  So politics are out.  I can whine some more about my job, but it's hard to get that in since I have a well paying job.  And again, it get's old.  I could relay humorous anecdotes from my love life.  Here goes:

I could post remembrances of my fabulous summer activities.    Except I seem to have nothing much but work all summer.  MY normal wild and free travel life has been pretty much constrained to Atlanta, and that's been infrequent of late.  Or I could relate some of my cool international trips...  wait, I haven't really been anywhere outside the country since the last blog.  So all in all, it's been a dull summer... for me.  It's been all about average  And I'm not much of a fan.  There have been highlights to be sure.  DCI at the Georgia Dome and the resulting reunion of old friends.  Time spent with friends, both in Louisville and away.  My adventure in taking a self-described "country mouse" out for a night in the "big citay".  Very amusing indeed.  But for the most part, the difference a year makes seems to be we all got a little more boring.  That's life I suppose.  The friends are back from Nam and settled into jobs and responsibilities and (worst of all) baby havin'.  Others are just trying to make it through the week...  seems we're drowning in the daily grind.

So this is what responsible adults do with their summers.  I'm not a fan.  I don't think I'm going to let this behaviour continue.  So far September is booked full of activities.  And it's going to be fun and exciting dammit!  I may even get a new passport stamp (but not too many, I'm out of empty pages).

So that's a brief glimpse of what's been happening.  I'm hoping to get more consistent in my musings.  It's been suggested that on days of nothing new to recount excitement from the past, at least the excitement i can still remember and haven't blocked out.  Or the statute of limitations has expired on.  I also think some of those who used to write lot's of fun and interesting things get back on it.

Well I have to run to work and make some money to finance the coming fun times.
Posted by James Dees at 6:57 PM No comments:

Step from the road to the sea to the sky

I've probably starting typing here a dozen times over the last few months.  Yes, it's been a while since I rambled, pontificated, whinged, and otherwise enlightened the world with my brilliance.  I keep coming back that either nothing wholy remarkable has happened or I've just put myself in a news void and tried not to pay attention to anything going around me, ostriche style if you will.  Neither are really true.

The summer has found me doing a lot of shuttling about.  Mostly home to Atlanta... well OK all of it home to Atlanta with a brief trip to Nashville to visit some recently relocated pals.  And in between I've had guests about in the greater Kentuckiana area, first with Erika for Independence day (and the sweltering that comes with 105 degree heat mixed with a poorly insulated house... oh and a failed air conditioner).  But we made the most of the situation by spending time in establishments seeking cool, refreshing air along with cool, refreshing drinks. 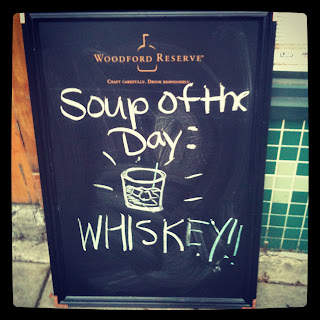 Shortly thereafter Grace and AXL (as I now refer to Alida.. it's easier to type and less letters than Parasite).  She seems to be a fairly well behaved baby, as much as I know about babies.  Her one earsplitting outburst was conveniently timed to coincide with a particularly quiet part of the wedding ceremony they were in town for.  But it was nice to have guests, and motivation to clean my cluttered apartment.

I'm still searching about the Metro ATL for an abode to call my own.  Seemingly fruitless endeavor that's getting old.  A bit defeatest yes, but it seems that banks hate me.  A well paid, fairly good credit history, non felonious person can't get ahead in this world.  I personally feel I should get free money from them, since they got free money from me.  But i'm still looking about.  For some reason the idea of settling down and resigning myself to forever living here kind of makes me sad.


Though I'm wrestling with a bit of a setback with career progression.  Let's just say that apparently some body hates me there, or I'm the worst interviewer ever.  Maybe next time (if there is one) I'm coming in complete with my red Chuck Taylors and showing the interview panel my pimp hand.  I think that would be fun at least :-).

I, for some reason, love the Olympics.  People competing (mostly) for the thrill of winning, or just to show that they too can compete on a world stage, and not to get paid is a refreshing change.  When not facing America, I tend to cheer for those underdogs from countries that most people can't find on a map.  The countries that have a handful of people in the parade of nations.  And, while they generally don't have a chance against the well trained, well financed programs of the first world nations, they're still out there giving it their all.  That, to me, is the most commendable part of the games.

I also really enjoy learning the rules of sports I never considered being Olympic events (field hockey) or that the players took time off from their professional careers in sports I never considered would have a professional league (water polo... seriously?).  Or that a pub full of people are cheering on a swimmer or runner or gymnast...  when else does that happen?  Conversely, we seem to be overly critical of the 16 year old that didn't stick the landing after to a quintuple somersault with a loopty-loop and a half twist or something after practicing for 14 years to get there... while we enjoy our beer and burgers and have a tough time climbing on to a barstool.

Other notable summer events, the quasi reunion of former Southwinders in ATL last weekend.   It's always good to see old friends.  I'm still amazed that after 2 decades (wow, that's been a long time) we can still manage to keep in touch, talk together, and really enjoy each others presence.  If only seeing them once a year, or even less, we still tend to fall back in where we left off last time... even if last time was when the tour bus parked after the long ride home at the end of the season.. 20 years ago.  We've all, for the most part, gained some family members (and some weight here and there).  They told us back then, that the people around us would be life long friends.  Yeah, being 15 I thought they (the adults in charge) were just trying to motivate us.  Turns out, they were right. 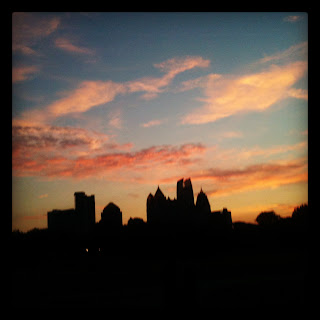 The summer has been slow on my usual concert tour.  One DMB show at Lakewood, which I broke from the past trends of taking the random girl (or Grace) and instead was joined by Sean.  We discovered in the parking lot during the pre-show tailgating that short jean shorts and cowboy boots are in this season for sorority girls.  The band put on an excellent show, and I'm looking forward to the new album.  Next week, I'm planning to see Mumford & Sons, and that's kind of exciting.  Looks like I'll finishing out in September at Music Midtown in ATL, and I'm mostly excited to see Ludacris and T.I.

Next on the agenda... well.  Work... which is less than thrilling.  And for some reason they just can't seem to get my pay right of late.  Last night I had one of those nights that kept me overly busy.  I mean, I had no time to read my book, watch a movie, or even surf any interweb.  Oh the horror.  But the paycheck still comes (albeit currently incorrect) on Friday.

The next big event on the agenda is DragonCon.  The annual gathering of nerds, geeks, superheros, and famous people is always a spectacle.  And this year, I actually have tickets!  Now I'm working on logistical details for the weekend.


That's about it for the midsummer update.  No big trips planned, though I need to.  No major life changing announcements.  It's all kind of routine (for me)... you know Brave's games with Yinyer, hanging with good friends in other states, a "day trip" to Honolulu, you know..  normal everyday stuff :-).  Hopefully something "interesting" to write about will happen soon.  Until then... 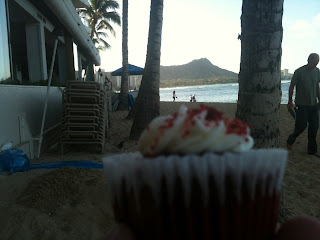 Posted by James Dees at 3:17 PM No comments: