Still looking for my muse.

I tried to start this yesterday, but quickly found myself rambling pointlessly and with no direction. Seems to be a current theme in my life. SO, I'm going to try and focus and at least make some coherent moves in a specific direction... at least with the blog.

For anyone who is wondering, the whole Dubai thing didn't work out. The stumbling block was the compensation. I'm a high dolla' ho! There were some other considerations but the money was the starting and stopping point. I'm both happy and disappointed that it didn't work out. Happy that I don't have to pack up and leave my pals behind to move to a desert (though to be fair it's a very nice desert, they've done some nice things with the decor). Disappointed because of a lot of the same reasons. I'm not packing up and moving to an exotic(ish) land where new and interesting experiences abound.

So, as a friend so accurately put it, I'm still "trapped". It's not a bad prison to be in, as we at work refer to it as the "golden handcuffs". It's just not where I want to be, both geographically and career wise. I'm paid well, but I'm forever to be in the same position. Why? Two reasons I see immediately.. I have neither the background nor the attitude to move up here. Example, I didn't start at 18 throwing boxes, then drive a van, then go to "Brown U", then go into a management position, and then be moved around (usually the Northeast US) from job to job, then manage to kiss enough ass to be put in charge of airline operations with little or no actual experience working for an airline. Sounds like an implausible career path?? Nope, our new VP of Airline Ops.

The second reason, attitude.. well. I don;t see a lot of integrity as you climb the ladder. Sure my immediate level of supervision are full of smart and good folks. The level of bother decrease significantly above that. I just don't get that either, be the person you are all the time, why do you have to change personalities completely when the door closes behind you? Odd. Then again, maybe I'm just a little bitter from near furloughing and being questioned repeatedly for decisions I made about a flight that have a clear and precise regulation saying "don't fly there".

So... something else has come up... and we'll see. Though the idea of moving to this particular town is ugh. I mean, my chance of being murdered statistically increases beyond my comfort zone... and I have a huge comfort zone. I mean, meandering off the beaten path in Bangkok or back alleys of Cambodia seems less threatening. But at least there, I have a previous experience with how the company works and have 7 years built up toward retirement funding already. SO I got that going for me... which is nice.

The other thing I'm trying to figure out is.. how the hell am I broke all the time. For the last month I've been back on full pay (no longer having money deducted to cover a month off without pay). And even had a raise thrown in. But.. seriously, I'm like flirting with zero balances on my accounts. I think I have most of it pinned down to recouping vacation expenses for the last month. I refused to tap into savings (ironically the savings account was originally set up to for paying for that vacation but I changed my mind as to the purpose right before leaving). That international roaming on T-Mobile nearly killed me. Lesson learned there... even though you may be waiting for an important phone call (which never came BTW), buy a local sim card and just call in to your voice mail.

At this point, I stopped writing this to go do something else, and I completely forgot where I was going from here on out. Instead of faking it and starting over, I'll just ramble some more.

This weekend I'm heading south again. G-Ho is home on an RnR trip from 'Nam. SO that promises to be a fun time. I also think there's some family stuff that has to be handled. And that's kind of a blah. But at least everyone seems to be doing well. Mom's new place had a new sky light installed during the recent tornado outbreak. SHe neither asked for or wanted the skylight, and turns out now there's a ton of repair work to be done. Luckily, she had yet to sell or rent the old house so we have a place at least to keep stuff, and her.

There's a couple other new projects in the works, (part of what I had stopped writing to go do). That will be published as soon as my creative staff ha a chance to review the materials. So, look forward to that.

And now, it's time to put away laundry and get mentally prepared for work (is stand in a corner for thinking outside the box). But I'll be thinking of someplace else... 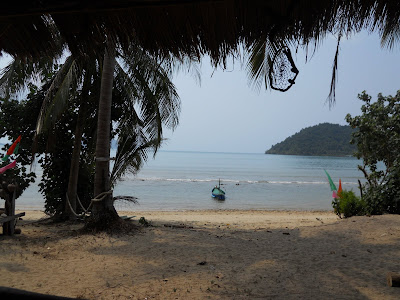 Posted by James Dees at 1:47 PM No comments: